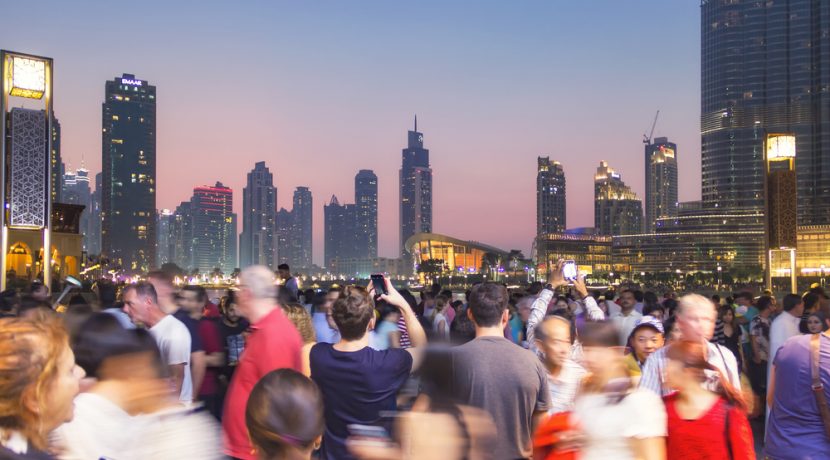 Where residents want to live

How consumers benefit from a growing number of new communities

Residents are becoming smarter consumers of real estate, utilising their money more efficiently when buying or leasing property. As several newer communities have come up, offering value for money, a rising number of homebuyers and tenants are moving from popular hotspots or established locations to inland areas in search of better living standards and bigger savings.

The rental price, location and community amenities are among the factors that drove Pakistani national Rohal Jan, 27, to the Emirates cluster in International City, after living in Jumeirah Beach Residence and Dubai Marina, where he was a subtenant for more than two years. He now owns the lease to his apartment, which cost him same amount he spent as a subtenant in the previous locations.“I’ve lived in Dubai for over three years. I came here on a fixed timeline of three to five years to experience the lifestyle and make an informed decision for the future,” says Jan. “I contemplated over a few areas such as Jumeirah Village Circle [JVC] and Dubai Sports City before choosing International City. Independent living certainly is the key value for me. However, there are numerous other added benefits, such as free public parking, cheaper comestibles and a less-crowded neighbourhood. At the same time, there are some negatives such as the absence of a modern city life, distant urban retail and exhausting travel time at peak instances.”

Another Dubai resident, Priya Hurhangee, 32, moved from Springs to IMPZ because of the more affordable price and proximity to her workplace. “Saving on rent will allow me to save money to buy a home in future,” says Hurhangee. “I have been living in the city for five years, but initially, I had planned to come here only for one year. The lifestyle of Dubai, along with the career opportunity, kept me here year on year.”

New propertiesSeveral brand-new communities are coming up with more affordable properties. Kunal Puri, managing director of La Capitale Real Estate, says newer zones providing value deals is the main reason there is a big influx of residents towards more inland areas of Dubai. For examples, he says a large number of tenants in Arabian Ranches have transferred to new communities within a 10-minute drive radius such as Mira, which is popular among tenants of town house communities, and Mudon, which is popular among residents of independent villas.

Puri is seeing the same trend in areas such as Business Bay, which is attracting residents from areas along Shaikh Zayed Road, Queue Point in and Skycourt Towers in Dubailand Residential Complex, where Puri is seeing new residents from Karama, and Dubai Sports City and IMPZ, which is becoming popular among residents in Jumeirah Lakes Towers (JLT). He believes there will be more such movements once new homes are delivered in Town Square, Mira Oasis, Studio City, Jaddaf, MBR City, Dubai Biotech City Arjan and Majan.

“If you look at the old communities, you would observe that majority of properties have not been maintained well, and this was majorly due to the demand outstripping the supply,” says Puri. “Over the years, these properties have witnessed more than the usual wear and tear, making them less attractive and desirable for the tenants. The new properties have just been the right substitute to such properties.

“Moreover, the new communities are like small cities, i.e. [they are better] planned and efficient, giving all the main facilities to residents at their doorsteps. The new retail facilities across the new communities have also helped the residents to move to inbound areas. In the past year, more than 10 community malls have opened in new communities, enabling resident to live more comfortably. Another major factor is the advanced infrastructure, which Dubai provides. Nowadays nothing is too far; the maximum drive time between the primary areas of Dubai is just 30 minutes.”

Puri says even though the rents have dropped across Dubai, the cost of living has still gone up, which has influenced where residents choose to live. “In the apartments segment, the trend of moving inland is seen in both leasings and sales, whereas for the town house and villa market, this trend is majorly seen in rentals.

For buyers, Puri says short-term investors are moving inland looking for town houses and villas. However, once more properties are delivered, he believes end users will also follow.

“Buyers and tenants have become more aware and mature towards their spending,” says Puri. “The key factor is the value for money rather than perceived value for money. We have also seen a tremendous increase in end users [looking for value-for-money properties] as the market moves towards maturity and stability. No one is ready to accept a deal based on just the offered face value.

“Customers are evaluating all options before making a decision, and this is leading to a longer decision-making time. We have also seen a lot of owners and sellers showing flexibility when doing a deal. All this is very healthy.”

Alia Jamal, director of leasing and commercial at Gulf Sotheby’s International Realty, says many residents in Dubai now have to compromise on their lifestyle as they move to more affordable locations.

“Many new expats live in prime locations for the first one to two years then move out to more affordable housing,” says Jamal. “Once expats settle in and want to look at the long term, they are choosing to be smart with their money and live in cheaper accommodation, while saving for the future and investing. [With the] economy not being as strong and expenses being high, many expats are changing their lifestyle and saving on housing.”

“I personally have not been the one to live in a prime location. I wanted to save to buy a property and focus on my career, rather than worry about the status of where I live.”

“The trend of moving location started with leasing units, which also led the buyer demand to move from prime locations to the affordable housing,” says Jamal. “An investor can earn as much as 8-10 per cent return in inland areas of Dubai in comparison with the prime areas, which are achieving 5-6 per cent.”

However, she says investors and cash-rich buyers continue to focus on location, which means prime areas will continue to generate demand. Expats and first-time homebuyers, on the other hand, prefer affordable properties that fit their budgets. She says those looking for pocket-friendly housing can find many options as new projects are handed over.

Zorro Ghura, client manager at SPF Realty, says expats now feel much more comfortable buying and investing in properties in Dubai, as the market is maturing, while prices have been stable over the last 18-20 months.

“Many buyers have witnessed the market fluctuate a lot in the past, and now that a strong growth is seen in real estate and infrastructure spending, it makes many expats realise that this is a good time to invest,” says Ghura. “This, coupled with the realisation that Dubai is one of the leading global cities, with property prices still much cheaper than other cities such as London, New York, Mumbai and Hong Kong.”

When comparing the market dynamics from today to what it was before 2014, Ghura says there is a huge difference in the way people rent and buy property. He believes the real estate industry in Dubai has reached a new level of maturity and most people are now smarter with their money.

“The market has moved to a more affordable sector,” he says. “Hence, we are seeing most developers coming up with options that are suited to the new consumers. People are cautious where they buy or rent, monitoring how much they spend, doing a lot more research before closing a transaction and negotiating with sellers and landlords much more than before. In addition to this, global and regional market conditions such as currency, oil and other financial sectors that have been affected. This effect has been passed down through corporations to the employees, such as housing allowance, salaries and other allowances.”

While people are being more economical, they are still enjoying the lifestyle Dubai has to offer. “Tenants are saving rent by moving to inland areas and converting to buyers once they are in a position to acquire finance. A large number of buyers in the market are doing it first time for personal use,” says Ghura. “A similar trend has also been witnessed with investors as they have started to invest in lower-ticket properties, generally around the Dh1-million to Dh2-million mark. They can achieve a higher return on investment as the rental demand is much higher than in luxury property.

In the last 12-18 months, Ghura says a survey his firm has conducted revealed that several Dubai residents are moving from areas such as Dubai Marina, JLT and Business Bay into newer communities further inland such as Mira, Remraam, Mudon, Al Waha, IMPZ, JVC, JVT, Al Furjan, Arjan, Sports City, Dubai Investments Park and Dubai Silicon Oasis. “[There choice of are] depends on individual requirements on location, type of property and budget,” says Ghura.

In comparison, rents in newer communities inland for a similar-sized property range from Dh5,000–Dh7,000 per month.

“For buyers, there is a similar trend. With mortgage rates around 3.5-4 per cent in Dubai currently, it makes much more sense for people to buy than rent and the new inland communities offer a lower purchase price per square foot, so a lower monthly instalment,” says Ghura. “Provided a buyer has the deposit required for a mortgage, it is much more cost effective to buy rather than rent.”All rights reserved to the initial publisher for Gulf news.

Collected and published by Arms &McGregor International Realty® editorial team. Get in touched with us at marketing@armsmcgregor.com