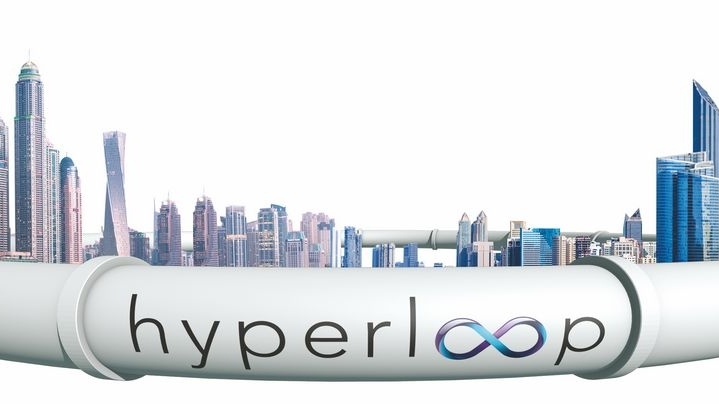 Work in Dubai but live in... Fujairah?

Imagine if you could live in Riyadh, work in Dubai, have dinner in Abu Dhabi and watch a movie in Qatar - all in the same day?

This is no hypothetical scenario in a sci-fi movie.

It could soon be reality once the Hyperloop begins operations in the UAE - it hinges on the results of feasibility studies currently being conducted by Los Angeles-based Hyperloop One with the Dubai government.

The high-speed network, which is capable of travelling at 1,200 kph would drastically cut travel time, say between Dubai and Fujairah to 10 minutes as opposed to the 2.5 hours by road now. This could enable residents currently living in Dubai to explore property options in the Northern Emirates such as Fujairah and Ras Al Khaimah. The Hyperloop also proposes to connect Dubai and Abu Dhabi in a timeframe of 12 minutes.

Meanwhile, the Gulf rail is also expected to connect the six GCC states by 2021.

"I wouldn't mind taking the Hyperloop and live in, say Fujairah. Although, I'd prefer to remain in the vicinity of my friends and family, I must say there are exciting communities coming up in Sharjah, for instance. But, the hassle of commute and rush hour traffic stop me from moving. I'd also be keen to know the Hyperloop ticket cost," saud Sharath Premkumar, director-partner of Trivium, a creative agency in Dubai.

"We have to be very cautious since this is not a transportation means that has been built anywhere else in the world and it's speculative at this stage to say how much it would cost. But it is likely that during the first few years, the very high costs would not appeal to the mass market," said David Godchaux, CEO of Core Savills.

Although the executives at Hyperloop One claim travel in the futuristic pods will be as cheap as taking a bus ticket, the details are likely to be announced at a later stage.

"I am led to believe that despite the futuristic concept or apparent sci-fi transport technology, the designers/developers of Hyperloop are looking to make the cost of travelling this way as affordable as possible. The cost is likely to be as cheap as the price of a current bus ticket! At this financial level, the relocation [to the Northern Emirates] will be more than justified when adding up the saving on the lesser living expenses and the actual transport cost in total," said Mario Volpi, chief sales officer, Kensington Exclusive Properties.

Developers are likely to wait to get a knowhow of the ticket prices before launching projects to get the first-mover advantage.

"I do not believe developers will start launching residential projects in Fujairah because Hyperloop is still a relatively speculative project. It is only at the exploration phase where its feasibility is yet to be fully confirmed. This will be a first in Dubai and this type of transportation does not exist anywhere else in the world currently.

However, Kunal Puri, managing director at La Capitale Real Estate, says a few developers are already taking the first step. "Eagle Hills has launched The Address Hotels and Resorts in Fujairah. In future, we will surely see some more development coming along."

Puri believes the Hyperloop will initially create demand for holiday homes, rather than residential units, in the northern emirates. "However, if the cost of transportation will be affordable to the masses, then movements will be seen in residential [affordable housing] as well. Tourism-related projects will use Hyperloop as an experience enhancement," he adds.

Currently, only UAE nationals can buy in Fujairah. Therefore, property sales prices are not likely to see much of a jump owing to the Hyperloop impact.

In terms of rents, the northern emirates are still much cheaper in comparison with Dubai and Abu Dhabi. With Dubai rents expected to rise over the next few years, some of the emirate's residents will naturally be pushed out to areas like Sharjah and Ras Al Khaimah where living will be more affordable.

Residential rents in the northern emirates have seen no significant changes over the last two quarters.

"So, if developers start to build projects that cater to expat renters, I envisage a large number of residents will decide to abandon Dubai for a cheaper cost of living in the northern emirates. As long as the developments are attractive in terms of aesthetics, facilities and amenities, etc., I don't see why people won't move there," says Volpi.

"In the long term, putting Fujairah less than 20 minutes away from Dubai is certainly likely to boost demand for both emirates and offer more business and cross-selling opportunities between the two. But, speaking of an exodus of residents to Fujairah, over Sharjah or Ras Al Khaimah, is too soon to predict, given the uncertainty over this project and possible prohibitive costs of travelling during the first few years of its completion," concludes Godchaux.