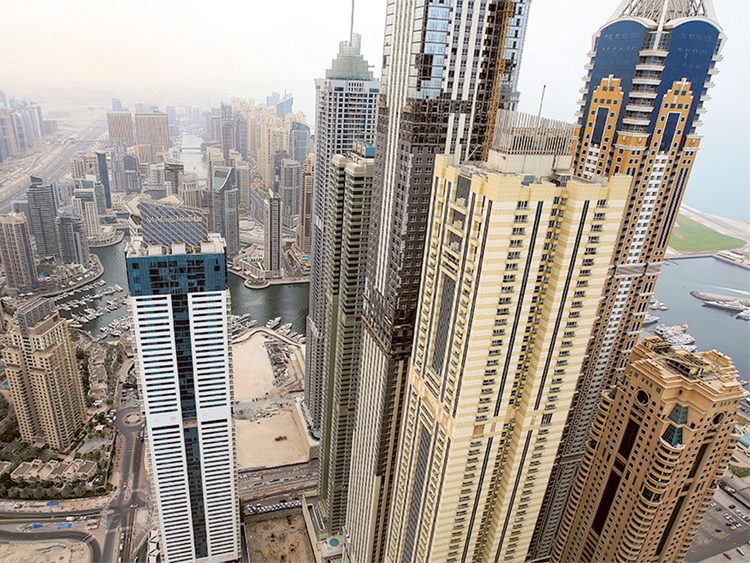 Dubai property market should find its own solution for oversupply

In recent weeks, there appears to have been a plethora of commentary suggesting that the government should take measures to halt the supply of real estate. This has contributed to a flood of negative media that has captured the attention of commentators who are concerned about the current state of the economy.

I find these reactions to be incredulous; the focus appears to always be on the government interfering with the state of the economy in order to somehow “improve” things. However, what is not appreciated is that Dubai, and the UAE, are in an ecosystem, a framework of laws and regulations that is known for its thriving business and entrepreneurial sector.

During times of economic sluggishness, there have always been clarion calls to protect the interest of the status quo. Everyone from journalists to taxi drivers become “experts” in diagnosing what ails the economy and what the best prescriptions there are for remedy.

This is confounded by the fact that in the present times, we live in an era of instant communication where every Whatsapp forwarded message is treated with the same level of credibility. And where cynicism- and scepticism-laced topics are the only items deemed worth talking about.

This then implies that whenever there is no response by the state, it is automatically deemed to be the case that things are going to get dire. These forecasts of doom and gloom then go viral, further depressing sentiments in a spiral that becomes perplexing when looked at it from a legal angle.

Dubai, and the UAE, have long thrived in an environment of a relatively laissez faire economic system. There is undoubtedly a system whereby government-related entities interact in the economic system, but they do so in a framework of competition for the most part.

In other words, a system whereby government-sponsored entities coexist with the private sector. From a regulatory perspective, the duty becomes one where the government steps in to control cost inflation, via rent controls, and/or frameworks to regulate the prices of essential goods and services.

This is done through a transparent mechanism where the rules are laid out well in advance. However, when there are calls to regulate the supply of a commodity to prevent it from falling too quickly by limiting its supply — presumably through controlling the issuance of permits — then what happens is that business creativity is stifled.

And the system of profit as a signalling mechanism is curtailed. I am no expert in economics but from a legal perspective, a free-market economy achieves optimal results when the barriers to entry for economic sectors are torn down, not put up.

Heartily, the government is moving in this direction by deregulating a number of sectors through its FDI law, which is expected in the beginning of next year). If anything, regulators should be looking at returns on capital far more closely in order to ensure that these are not excessively high.

Dubai has enjoyed a boom in infrastructure and real estate over the last 16 years, and the current environment of price sluggishness is undoubtedly unnerving for many. However, the answer is not always in the form of further government intervention that stifles private sector growth, but one where it encourages it.

There will always be clarion calls for populist measures. These have proliferated in recent times due to the protectionist policies that the Trump administration has called for.

However, Dubai, and the UAE have always been known for their relentless pursuit of openness, regardless of economic and/or geopolitical pressures with results that speak for themselves. This competitive revolution that the country is known for is set to continue with landmark legislation in the coming months.