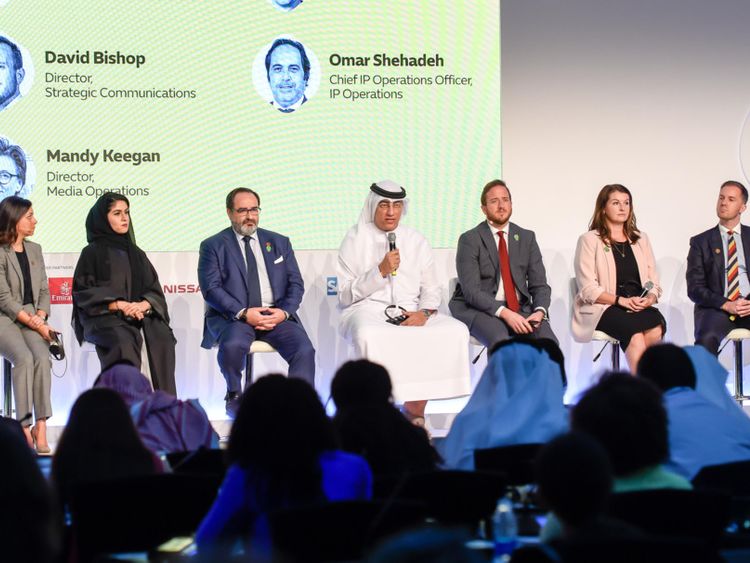 Expo 2020 construction will completed by the end of the year

Dubai: Exactly one year before the Expo 2020 kicks off in Dubai, construction work on the site is close to completion and infrastructure work is all done, organisers said.

At a media briefing on Monday, Reem Al Hashimi, director general for the Expo 2020 Dubai Bureau, said the event, which kicks off on October 20, 2020, will showcase the great potential of the region including its diversity, culture, and economy. She described the upcoming event as being “the greatest show of ingenuity.”

Organisers said that infrastructure work on the Expo site in Dubai South is 100 per cent complete, while permanent construction work will be completed by the end of this year. Countries participating at the Expo will have a July 2020 deadline to finish their pavilions.

Within the country pavilions, the UAE will have its own, which is now 68 per cent complete, according to Ahmad Al Khatib, chief development and delivery officer of Expo 2020.

After the six-month event wraps up in April 2021, organisers said it will be up to each country whether to dismantle its pavilion or not, but some of the sites will be used permanently as commercial and residential buildings.

Construction aside, the event is expected to provide a “big uplift” to Small and Medium Enterprises, with 20 per cent of the Expo’s spend going there. Sanjive Khosla, chief commercial officer at Expo 2020 Dubai, said the event will allow SMEs to showcase their products and services, network with other businesses, and market themselves.

Organisers have also invested $100 million in companies from around the world that will be taking part in the event, as part of an initiative called Expo Live.

Nearly 38,000 companies, including large corporations, have already registered for the event and are part of the tender process, Khosla said.

Visitors to the event can also expect plenty, including 60 events everyday ranging from talks and art exhibitions to concerts and performances by A-listers.

“The Expo is a lot more than [business]. It’s a celebration of the best that the world has to offer, whether it is in terms of culture, entertainment, innovation, etc…” Khosla said.

“In true UAE style, we will do something that has never been done before. The unique blend of everything we have on site to offer is something that I think world Expos have not seen before.”

The Expo 2020 in Dubai is expected to attract 25 million visits. Around 70 per cent of visitors are projected to be from international markets, while the remaining 30 per cent will be domestic.

Khosla said the largest international markets for visitors will be Saudi Arabia, India, the United Kingdom, Russia, and China.

‘Expo will be theatre to create, build, learn’

Shaikh Abdullah Bin Zayed Al Nahyan, the UAE’s Minister of Foreign Affairs and International Cooperation, said the Expo 2020 in Dubai will be an “unprecedented” event.

At a ceremony to mark the start of the one-year countdown to the Expo 2020, Shaikh Abdullah said the event will be a celebration of the UAE’s golden jubilee, and a celebration of its development, openness, and partnerships.

The event will be the first World Expo hosted in a country in the Middle East, Africa, and South Asia region.